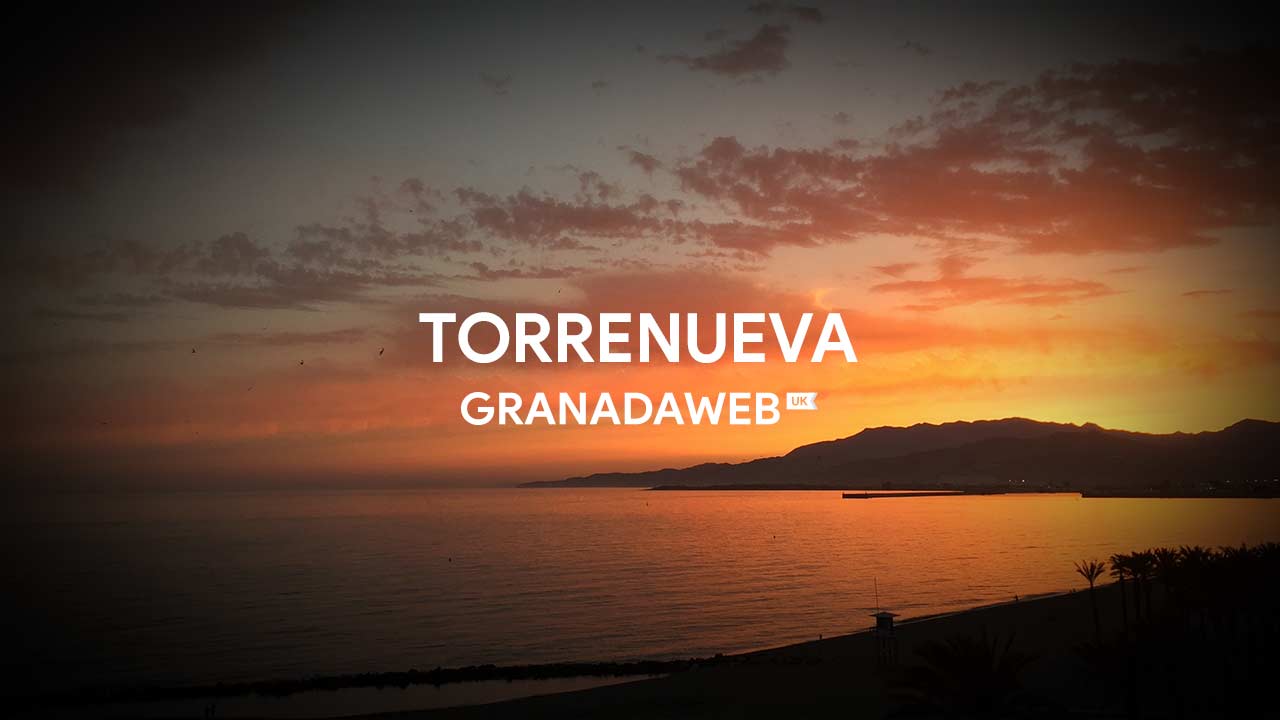 The town of Torrenueva (Granada) is chosen by the people of Granada – and some tourists – as a destination for their summer holidays or eventual escapes to the Costa Tropical. From the end of June to the end of August, it is their busiest time; however, during the winter, you can also enjoy the peace and quiet it offers.

What to do in Torrenueva

The population of Torrena is not particularly large, but if you take a look at our Torrenueva tourist guide, you may find that you can spend a few more interesting days with your family. Especially with children as the atmosphere is quite familiar. And what can you do in Torrenueva? we tell you below:

The beaches of Torrenueva

First of all we warn you that dogs are not allowed on the beach. Then if they get a surprise because of a sanction – yes, 1 in 10,000 – it won’t be because we didn’t warn. The only beach in Granada authorised for swimming with dogs is in Motril and it is called Playacan. Horses, motor vehicles, camping and lighting fires are not allowed either (except on the night of San Juan and they are authorized by the Town Hall).

The beaches in the town centre are adapted with walkways to reach the middle of the sandy beach, adapted showers and have amphibious chairs as well. The accessible beaches are very important nowadays.

If you have small children and you like to be relatively quiet while they are playing next to or in the water, perhaps you are interested in a part of the beach that exists before the end of the walk to the Urb. Acapulco. A small area protected by a jetty that makes a bank with waters that do not cover the little ones and also, given the low depth, are also somewhat warmer.

The beaches are perfectly equipped with lifeguard and beach guard posts.

What to do with children

The children also have several bouncy castles and a merry-go-round in July and August. In addition, during the summer months the public toy library is open with workshops for the little ones. It is located next to the post office.

While less parking for cars and summer terraces would be ideal, it’s pretty good. If you like “low traffic”, get up very early and practice running. If you like it busy, then walk around for 20 to 23 hours. If you go with a stroller it is a bit complicated.

The Torre de la Atalaya – watchtower – is located on the edge of the road into the town, next to the Post Office and about 200 metres from the seashore. It is about 11 metres high and dates from the mid-18th century. It was built to reinforce the defensive mechanisms against pirates and Berbers on the coast.

All along the coast – urban of Torrenueva, you find numerous petancas in the sand. There is a great tradition of practicing this sport.
Sporting complex Cañada de Vargas

“Mercaillo”, on Tuesdays and Thursdays. And in the evenings some little stalls of handicrafts and accessories along the walk.

In the town hall square, they usually play live music for the elderly and all couples who are willing to dance a pasodoble. Right next door is the pensioner’s home.

If you want to practice naturism and a healthy walk, you have to come to this beautiful black sand beach that is usually affluent by nudists. So don’t be shocked if you go there because they also have the right and we have already warned you: in these places they don’t like onlookers.

There are several routes for trekking with low/medium difficulty in the vicinity of Torrenueva. So if you want to get out of your comfort circle of walk, pipe and beach, you can do the following:

Sacratif lighthouse route: From Torrenueva towards Cañada de Vargas – sports complex – and following the Canal Way to Carchuna. You will pass through a leisure and rest area where there is a panoramic viewpoint from which you can see the whole of the Port of Motril and Torrenueva. This route is of great historical, tourist and environmental interest because you will pass by the 19th century Aljibe, which belongs to the archaeological site of Maraute and ends at the Faro de Sacratif

Playa de la Joya Route: at the end of the walk you start climbing up the Peñón de Jolucar road, continue along the “Tajo de los Burros” and you will reach a cliff with a beautiful little black sand cove. Sometimes from here you can observe the mountain goats that come down to collect the precious sodium that their food base needs.

If you need more information about these routes in order to do them safely, we recommend that you ask at one of Torrenueva’s tourist information points located on the promenade.

The coast of Torrenueva is located within the Cabo Sacratif, belonging to the Mediterranean coast of the province of Granada. The Cape Sacratif presents a great underwater biodiversity in its different environments, where the presence of sea spiders, sand stars, sand urchins and soles in its sandy bottom as well as hermit crabs, small octopuses, cuttlefish, crabs and spider crabs in its rocky substrates stand out. The presence of common sea anemones is also very numerous. Within the fish fauna, the presence of bogas, sea breams and, to a lesser extent, conger eels, stands out.

Where to eat and eat

Start the morning with some good churros (: Where better than the Café bar los Jardines. At midday, you can go to the Bar Acapulco to have some tapas at the end of the walk – towards Motril -. If you are looking for espetos, pescaito frito and various fried foods (boats, transatlantic and other boats), I recommend the following bars-restaurants, both for tapas and for eating:

If you are a bit of a sybarite – or so they say – you should book a table at Bar Restaurante Cuca. Although it is currently under renovation and will probably open shortly in the middle of the 2018 summer season.

If you’re a bit of everything, you can’t miss the Big Burger’s hamburgers and its well-cared-for chips either. If you go for pizza, you can also find La Torre Pizzeria. Or the Bar Acapulco again, although I haven’t ordered one there in a while.

And at any time of the day you always want an ice-cream with the heat. There are 3 ice-cream parlours in Torrenueva but none of them surpasses the “Leche rizada” de Perandrés and its Truffle ice-cream – but it’s chocolate flavour – with huge pieces of chocolate.

Where to sleep in Torrenueva

If you come to Salobreña for tourism, Torrenueva has two hotel accommodations to stay a few days. The first is the Hotel Sacratif, on the main avenue. You can check availability of rooms at a good price here by booking online. And then, you also have the Hostal Pensión Puerta, which has 15 rooms and you can book by calling here: 958 835 888. You can book by calling and if you are already planning periods such as weeks, fortnights or months, it will be more convenient to rent an apartment or flat on the beachfront. There are a few urbanizations with swimming pool – very interesting for the days of red flag by storm or jellyfish -, tennis court, etc.

If you like camping or moving with caravan, 5 km or less than 10 minutes by car, you have the Camping Bungalows “Don Cactus” direction Almeria by the N340.

The patron saint of the town is Nuestra Señora del Carmen and it is celebrated every 16th of July. It is taken out of the church through the village and carried to the seashore for a maritime procession. After the blessing of the waters, the “recogía de la Virgen” arrives and the fireworks display in the vicinity. Apart from this, on the occasion of the Virgen del Carmen fiestas, merry-go-rounds, various attractions for children, food stands and musical performances are usually set up in the fairgrounds.

Torrenueva has several supermarkets, including a DIA and a Carrefour Expresss. However, if you are going to buy fruit, vegetables, meat and fish, without hesitation, you must go to the Torrenueva Market; they will attend you with love and with quality products from the land. On the other hand, small “All in One” shops typical of coastal towns are also distributed throughout the city. The tobacconist’s is also on the main avenue.

How to get to Torrenueva

The easiest way to get from Granada to Torrenueva is by car. Take the A 44 motorway towards Almería / Motril and after approximately 20 – 25 minutes, you will have to take the A-7 towards Almería – Motril. Then, direction Torrenueva.

You can also get there by public transport such as the bus. From Monday to Friday, there are usually 6 buses between 6:35 in the morning and 19:35 in the evening. The stops in Torrenueva are several along the town.

If you arrive during the weekend for more than one day it might be a little more complicated to park but towards the middle of the village and next to the Peñón de Jolúcar, there are two esplanades to park for free. In addition, there is the area of the fairgrounds that also has parking but is intended for those who come to spend the day in summer. The price is usually about 3 euros per day. It is usually a place frequented by motorhomes.

The Town Hall of Torrenueva is located on the Ctra. de Almería s/n Torrenueva (Motril – Granada) and the telephone number is 958 65 55 99. The e-mail address is aytorrenueva@hotmail.com – www.torrenuevagranada.es

The closest coastal towns to Torrenueva are in order of proximity: to the west, Motril, Salobreña and Almuñecar; to the east towards Almería: Carchuna and Calahonda.