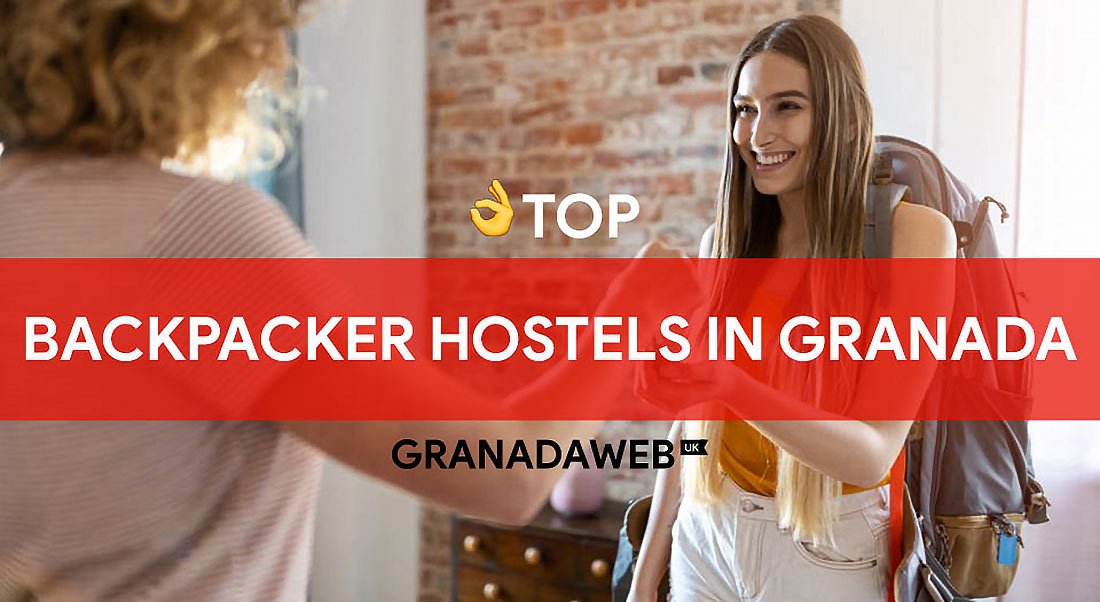 There are plenty of backpackers’ hostels in Granada. But in these post, you will find real experiences based on friends, couchsurfers and even people from Granada.

Granada, a destination dreamed of by backpackers who travel the world for long or short periods of time. Sometimes they are Erasmus students who, after a period of study in a certain city, decide to take advantage of the summer to get to know the rest of Spain. Other times, they are people, friends, couples, marriages, etc. who take a sabbatical year or long holidays and that, as I have always thought, – I haven’t done it yet – we should all do at least once in our lives. Backpacking is a great adventure. And for many people, almost a way of living, with all its good things and the less good.

As a user of the couchsurfing community in Granada and based on the experience and recommendation of some backpackers who came to Granada and that I could never lodge because I had my whole house, I have decided to write this entry: 5 places to sleep in Granada if you are backpacker girl or boy, globetrotter, pro traveler or any label that indicates that traveling with the backpack on your back is your great passion.

Accommodation for Backpackers in Granada

Many times, within your trips you have to improvise since it is part of the fun; and also, of the inconveniences. When you make use – and good – of the couchsurfing community, you know that the will of improvisation can accompany you in a positive way, returning new and positive experiences: stopping longer than expected in a place can discover landscapes, moments and people never before dreamed of. On the other hand, it may slightly complicate your next stop if you have not contacted a couchsurfing host or have not booked a room/house as planned.

Well, I’m going to show you 5 hostels in Granada for backpackers that I’ve heard very well from the people that I was able to partially accommodate and some that I couldn’t, because I was entertained in following up via private messages their experience in Granada, the city of the Alhambra and much more.

The Oasis Backpackers Hostel was perhaps the first I discovered when my couchsurfing activity began to grow. I wanted to help the backpackers by finding alternative accommodation in Granada. In fact after a night there one of my guests gave me a “beautiful ceramic camel of the house” that today decorates my living room 🙂

In addition, the establishment also organises tapas routes, free guided tours, walks through the Sacromonte Caves and even excursions to the Sierra Nevada.

The Makuto Guesthouse Hostel in Granada emerged after recommending more than thirty couchsurfers the previous one. So I thought all the fish couldn’t go to the same boat. And not because it sank but because in this life, we must distribute 🙂 Two girl “a little hippies” from Poland that I could not accommodate the last day of stay in my house, ended their visit to Granada exceptionally in this establishment. I was told that the treatment of the staff was impeccable and the atmosphere was totally magical. It is located in tiña street, halfway between the square of Cristo de las Azucenas and the square of San Miguel Bajo.

Undoubtedly, I added another new option with White Nest Hostel Granada for the location. Following a couchsurfer who had been sleeping there for a couple of days and was looking for a host to save a little money and continue his search for a room for his next erasmus in Granada. It is located in Santísimo San Pedro Street, practically in Carrera del Darro – Paseo de los Tristes -. Of more recent creation, of modern atmosphere and that is making a gap between the catalogued Hostels “backpackers / guesthouse / Bed & Breakfast” of Granada.

I knew Inturjoven Youth Hostel in Granada long before I arrived in the Couchsurfing community through some Spanish friends who used to travel from hostel to hostel. It depends on the Junta de Andalucía. The weak point is that it is further away from the centre and the WIFI is payable. The strong point is that almost in the Camino de Ronda so access from the highway is quite fast and parking is free. Important: If you do not have the international HI Hostels card you will be charged extra fees depending on your age which will increase the cost of the bed or room per night.

As an extra ball, we have added a new hostel to our selection: Lemon Rock, the most inn bar & hostel in Granada. We don’t really choose it because we think you can rest properly. It has more atmosphere per bar and pub than per accommodation itself. We have been on their terrace on several occasions – if you like the masses of people at rush hour tapas, better stay down – also organize events, language exchanges, djs sessions and concerts with local or foreign indie music groups. With prices for backpacker accommodation from around 13-15€ (25-30€ high season) approx per person – in a shared room with 12 beds – it becomes an option also economical, central, ambient with the local people more contemPránea of the capital. You can book here.

In all the cases, the prices are between 18€ and 32€ approximately in shared rooms. They also have single rooms, double rooms and in some cases, apartments.

But this is not a general rule. It will depend on the dates on which you book and the dates on which bookings are made. Please note that during holidays and festivities in Granada – Christmas, Easter, May Crosses, Corpus Fair and even in summer – the price per night/person can be more expensive.

They are located in the heart of the city, with access to a multitude of services of interest to the traveller as well as monuments, tapas bars and the busiest area of the capital.

When you stay in backpacker hostels, take in mind the following recommendations:

Can you think of any other option? Has a friend of yours tried another hostel in Granada? Comments are open and your healthy opinion is welcome. None of these recommendations described here are paid or rewarded in any way. They are my personal opinions.