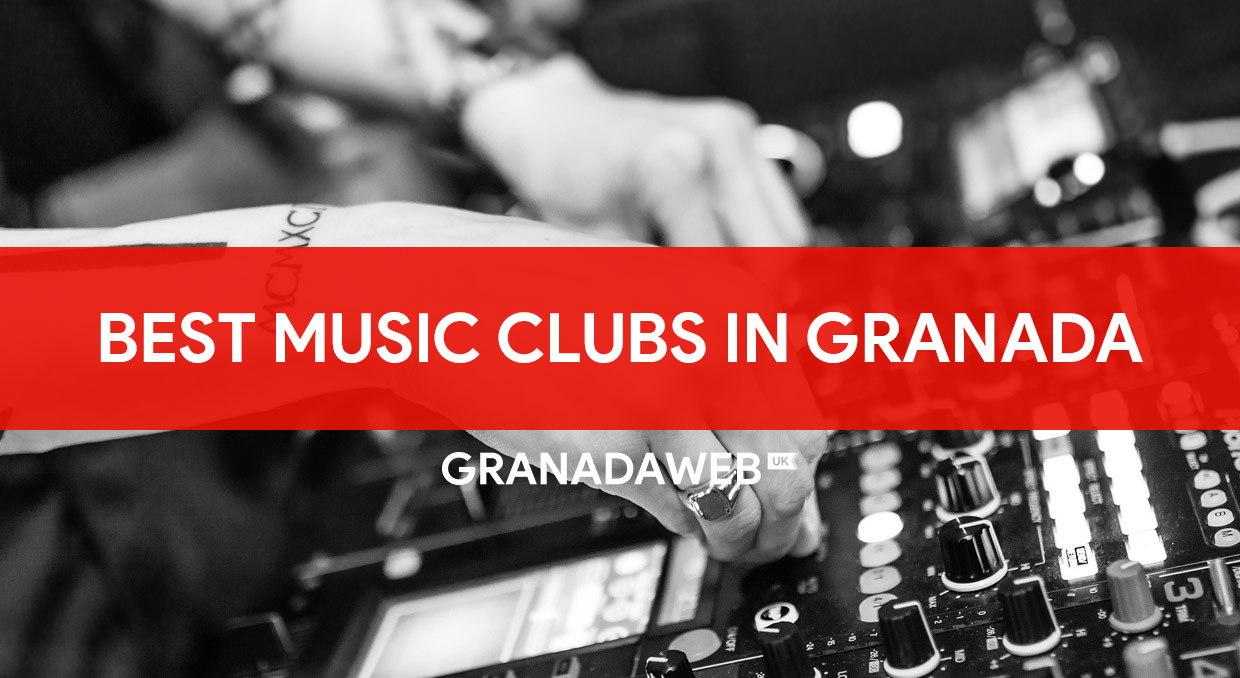 If you are looking for the best clubs in Granada and party rooms, you have come to the right page. Granada’s nightlife has many options (: Maybe it’s not the best in Spain, but you won’t be bored. One of the reasons is that all the clubs in the centre of Granada are very close to each other and also have very different musical atmospheres.

That’s why I’m sure this guide to the best clubs in Granada is right for you. On the map the rooms are classified by colour, with green being the best rated and red the worst. Not only do we say it, the internet users say it too.

Music Clubs in Granada City and nearby villages

First of all, we want to make it clear that discos will be those venues for dancing, parties and events that open at least frequently on weekends and, moreover, usually close their doors after 4 a.m., officially speaking.

Perhaps the best known and most emblematic commercial music club in Granada. With 4 spaces: Mae West, Molly Mallone, El Bribón de la Havana and a summer terrace. All this with other nearby services such as restaurants, parking, etc. They provide premium services such as VIP boxes. In addition, on Wednesdays they are the Apache Group with rock versions. Thursdays are Latin and they also have a series of monologues. The nightlife centre par excellence. You can find it in the Neptune Shopping Centre.

The Hall has become another reference club in the capital. One of its great virtues is that it is the only club dedicated to rock in the centre of Granada, with an air-conditioned terrace and a concert hall with exceptional acoustics. It is located in the Neptune Shopping Centre and has a capacity for 200 people. It has parking for 3 euros for the whole night since it opens until 7 in the morning.

Another reference of the discotheques with history in Granada. Funk, Soul, R&B, Dance hall, Groove, Reggae, Electro rock and the best musical selection with some of the best DJs in these musical styles. In addition, they also offer live music and Sunday jazz and jam sessions. Open almost every day without exception until 7 am. You can find it in Santa Bárbara St, 3

Where live music – preferably rock, metal and electronic – meets the most powerful electronic music sessions. The Sala El tren is located at the end of the Carretera de Málaga (Direction Barrio de la Chana). Some of the biggest national and international bands have played at Sala El tren. It usually opens in two sections: for concerts and for parties until 7am.

Former cinema “Generalife” became Granada 10, a mix of disco + cinema eventually to end up being one of the most important party rooms in Granada. Its privileged location in Cárcel Baja St, 3 (Close to Gran vía / Elvira), they took advantage of the old boxes to convert them into “Suites VIPS” for up to 15 people. 800m2. +1000 people capacity. You can organize your private or business event.

Discoteca Aliatar also comes from an independent film theatre converted into a Discoteca which is open from 4pm to 7am. Commercial music alternates with surprise and theme parties, live music. There are afternoon coffee and cocktail sessions and disco sessions where you can book VIP boxes. It is located in the Recogidas St, ideal for walking from anywhere in the center of Granada.

Another full-fledged nightlife center. Forum Plaza has different spaces, rooms and VIP areas for bookings. On Fridays and Sundays there is Latin music. Tuesdays are for flamenco fusion and Thursdays for live music. You can celebrate events and birthday and farewell parties. They are open every day until midnight and weekends, for 24 hours non stop.

La Industrial Copera is one of the oldest halls in Granada and one of the best national references in electronic music for the stature of the artists who have come on stage. After many years near the capital they have now moved to La Zubia, near the Alhsur Shopping Centre. Own buses after the concerts and the electronic sessions.

Camborio Disco Club is one of the few discotheques in the world that can have such spectacular views. Located in Sacromonte, close to the Sacromonte’s Abbey, has a privileged situation which allows you to see the Alhambra just in front with a clear and panoramic view.
It is a combination of caves and terraces where you have probably never been, at least in a discotheque atmosphere. Its varied musical offer is ideal to spend a night dancing until dawn with the Alhambra in the background.

Cons: It’s pretty far from almost anywhere. It’s easy to get lost it’s recommended not to go on foot, better take a taxi. If in Granada it is cold in winter, in Sacromonte more. But inside the disco (cave) it’s great.

Pros: Open from Thursday to Sunday. Friday Erasmus parties. In the evenings Chill Out on the terrace overlooking the Alhambra.

Find easily the best discotheques and clubs in Granada through our map.

Where do you go before you end up in a music club in Granada?

In Granada, everybody usually goes to the bars to drink and eat tapas. That is why we recommend this page where you will find the best tapas bars in Granada city.