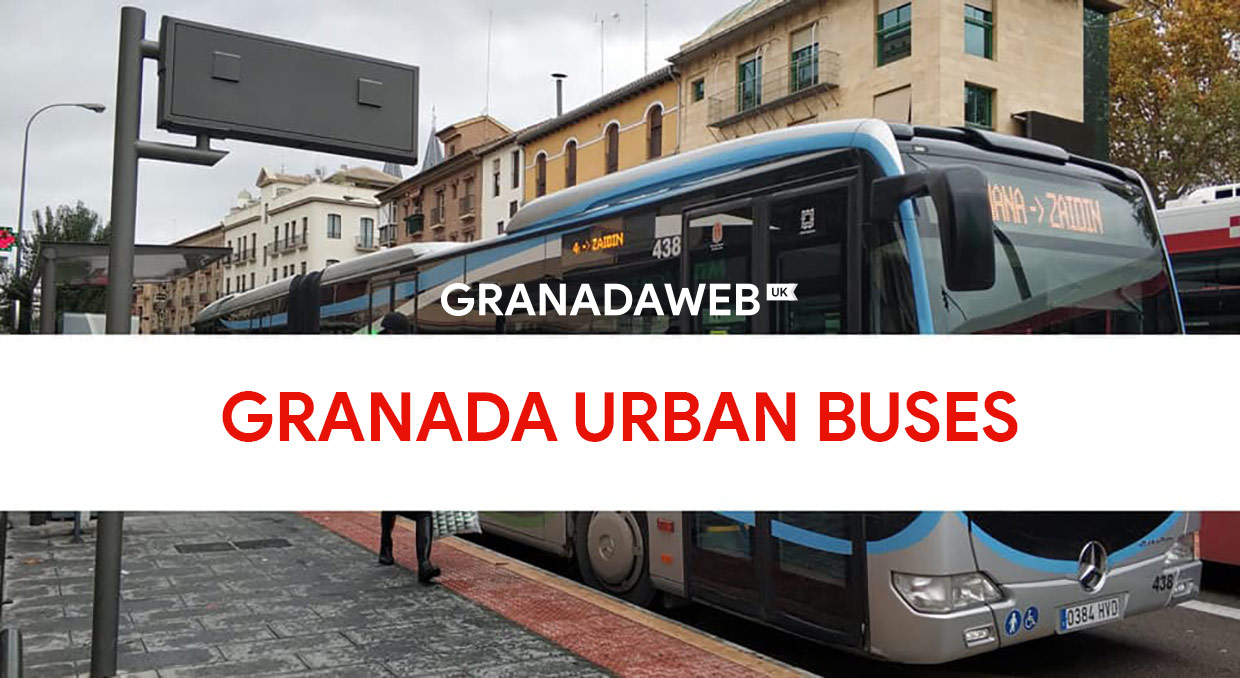 Granada’s city bus lines have been reorganized on Monday 16 July 2018.

As of this date, there are 29 city bus lines in Granada and the LAC (the high capacity line) disappears and is replaced by line 4 with extended service.

The city bus service operates 7 days a week including Sundays and holidays.

Bus lines to the University of Granada

Previously, urban public transport by bus in Granada was substantially modified on June 29, 2014 with the incorporation of the LAC. With the reorganization of July 16, 2018 the LAC becomes the new line 4.

Line 4 has an extended service with 31 stops, of which 19 – the stops located in the centre – have vending machines. At these 19 stops with vending machines, before boarding the bus, you must either buy and validate your ticket or validate the bus pass.

To validate a trip in a vending machine (Validating or Recharging), the card or ticket [with a bar code] is placed or passed on the screen only once per passenger. In small machines it can be validated. In large machines, in addition to validation, tickets are sold.

When there is no vending machine at the stop (Validating or Recharging) – both on line 4 and on other lines – the operation is the traditional one with access through the front door. Once inside, the ticket is purchased or the bus pass is recharged and validated by the driver.

For visitors and tourists it is very useful to know the bus lines that connect:

There are 2 systems for buying tickets:

Tickets or vouchers cannot be purchased at newsstands or tobacco shops.

A transfer is defined as a change of line within 60 minutes of the first bus.

Children under 4 years old travel free of charge on the Granada city bus.

The company Transportes Rober manages the urban bus service in Granada. It has a free customer service number 900 710 900 where you can consult more information about travelling or any other information.

In the customer service and lost property office of Transportes Rober you can:

There is also a free telephone line – 900 710 900 – for customer service of Transportes Rober that offers information about routes and timetables.